The Case for Khadr: Reflections and Other Possibilities

Should the Canadian government pay C$10.5 million to Khadr?

In July 2002, the US military attacked the Taliban in Afghanistan, the US military sergeant Layne Morris was wounded by grenades, with one eye becoming blind, while his comrade Christopher Speer was killed. The 15-year-old Omar Khadr was then a translator for the Taliban, who was accused of throwing out the grenade. After the US military attacked the Taliban, they found and captured the severely injured Khadr. He was later imprisoned at the Guantanamo prison for 8 years. While in prison, the US military committee of Guantanamo (note, not a military court) sentenced Khadr guilty of war crimes. When he admitted guilty 8 years later, Khadr was extradited back to Canada. Not long ago, the US Utah Court ruled that Khadr should pay C$ 137 million to Speer's widow and Morris. In January 2010 the Supreme Court of Canada ruled that the Canadian government was unconstitutional in the case of Khadr (note that Canadian intelligence officers participated in his interrogation), violating his citizenship right. Khadr's lawyer accordingly asked for C$20 million in compensation, and Trudeau decided to stop the lawsuits which already cost the government C$5 million, to execute an out-of-court settlement, apologize and compensate C$10.5 million, and this was immediately carried out. The United States demanded the freezing of the property of Khadr in order to pay compensation for Speer's widow Tabitha and Morris, but the request was dismissed by the Ontario Supreme Court for failing to prove that Khadr wanted to hide or spend away the assets. 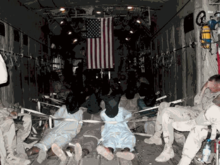 Should Khadr be charged of war crimes or treason?

According to the re-inquiry and review of the historical data, the experts cannot determine whether Speer was killed by a grenade thrown out by Khadr, and the University of Toronto law professor Audrey McLean pointed out that in the battlefield, the deaths caused by the warriors to each other do not belong to war crimes. Moreover, Khadr himself was injured. If the injury made to the US military is a war crime, the injury made by the US military to others should also be a war crime.

However, there is a debate over the fact that Speer was a medic. Medics (unarmed civilians) have always been considered “protected persons” in conflict. Since the drafting of the Geneva Conventions, killing a medic is punishable as a war crime.

Furthermore, in 2008, Ottawa law students, under the supervision of Professor Craig Forcese, wrote a 153-page report given to a Senate Committee on Human Rights outlining the law. They later testified before a House of Commons committee saying that there was good reason to believe that Omar could be prosecuted of treason under Canadian law. Repatriation was not tantamount to impunity. If Canada demanded Khadr’s repatriation immediately after his capture, there was a greater possibility he could have been successfully prosecuted here.

Should Khadr be compensated?

Someone may say Khadr's case has nothing to do with Canada because the war was in Afghanistan, the detention was held at the Guantanamo prison in Cuba and the lawsuit was initiated in the United States. But Khadr’s right as a Canadian citizen was infringed upon, so Khadr later sued the Canadian government with the help of a lawyer. Khadr was a 15-year-old Canadian when he was captured and was abused and forced to confess at the Guantanamo detention camp. The detainees at the US military base in Guantanamo were illegally rejected "habeas corpus". So its illegal process is contrary to the Geneva Convention. Furthermore, in the 2008 case, the Supreme Court of Canada cites the case of Rv. Hape [2007] in 2007, which clarified the mutual respect among different countries on the issue of principle, which included the acceptance of foreign (such as American) laws and processes for Canadian diplomats abroad, but this acceptance is terminated when other governments [like the US government] are clearly violating international laws and fundamental human rights. Finally, in the second case of the Supreme Court of Canada on Omar Khadr, Canada (Prime Minister) v. Khadr [2010] SCJ No. 3, the court agreed that Khadr was deprived of the right to sleep in the course of the trial, and he was entitled to compensation under the Charter 24:1. In fact, the request by the US military for him to use the body to clean up the floor is also a serious violation of the law.

Should the compensation be C$10.5 million?

In January 1970, David Milgaard was wrongly sentenced to life imprisonment due to his being charged of raping and killing a nursing students Gai. Because of his mother's insistence and the opposition party’s attack, the case was finally re-examined, and the Canadian government was ordered to compensate him for C$10 million. However, that one is a clear resentment; the Canadian government has an inevitable responsibility. In the case of Khadr, Khadr is standing in Afghanistan on the side against the Allies, with the blood of one wounded and one dead (more likely though still not certain). If he is awarded huge compensation, it would cause people to feel confused about their value orientation and legal punishment mechanism. At the same time, the United States is re-opening trade negotiations with Canada, at this time making a huge amount of compensation to someone considered a terrorist, will greatly anger the Americans. Moreover, private reconciliation may likely reduce the court cost, but to a certain extent, this may distort the spirit of the court, trample on fairness and justice and put the law system at risk. In addition, it was questioned that the huge indemnity might open a green light for unscrupulous lawyers (it is learned that Khadr's defense lawyers have defended him for more than 10 years and even provided shelter).

Are there any other options?

If it does not make an immediate compensation of 10.5 million Canadian dollars, the Canadian government can let the court go through the normal process, which not only protects the majesty of the law, regulates the legal order, but also cushions the tension between Canada and the United States. Moreover, even if the court costs may rise, which to some extent should be, the amount of compensation may not be necessarily 10 million Canadian dollars.

In addition, even if the reconciliation outside the court is used, it was pointed out that Khadr should not be given C$10 million, because from the source point of view and based on the reinstitution principle, the cause of the problem is the event caused by a grenade, thus the successful solution to this problem, should include those involved in the event, Morris and Speer’s widow Tabitha. Thus, a more reasonable payout should be, Tabitha 4 million, Morris 3 million, Khadr 3 million. In this way, we can both solve the problem of injury and death, and ease the contradiction between Canada and the United States.

It is wrong for the Canadian government to unilaterally compensate Khadr for $ 10.5 million.

Note: Pictures are from https://en.wikipedia.org/wiki/Omar_Khadr.