What Moe Has in His Hands （莫厄手里有什么） 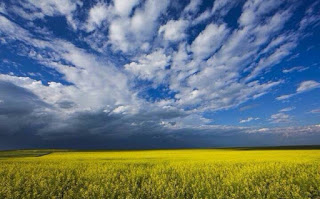 1.      Applause
Saskatchewan finally has ushered in a new premier after Brad Wall bade farewell. Though the new premier was not finalized until the fifth round of the election, he turns out a modest yet intelligent leader. After being elected, he has not only reinstated the PST exemption for agricultural, life and health insurance, but also has kept many of the current ministers in the cabinet. Moreover, the voice against carbon tax is even stronger with the new government. Like the vast majority of his rural base, Moe used country western music and farm imagery liberally throughout his campaign, which he kicked off in a trucking company-cum-farmyard; the majority of the Sask. Party’s country-living voters will very likely be satisfied, if not pleased, with Moe’s win in the 63% turn-out election[i]. “Of all of the three centre-right people, he’s the one without hard edges. He’s famous in the legislature for being easy to get along with. And he made a lot of promises about building a team,” Jim Farney said after Moe’s victory speech. However, Farney said the result of candidates Gord Wyant and Tina Beaudry-Mellorcame very much short of expectations, given the support for centrist ideas baked into the Sask. Party’s DNA[ii].

Many of the present ministers stay to continue working on the upcoming 2018-19 budget and contribute to a continuity of the provincial policies focusing on exports, immigration while opposing carbon tax. Those leadership candidates are retained to be able to bring what they have heard directly into the government. MLA Bronwyn Eyre is put as minister of energy and resources as well as minister responsible for SaskWater and SaskEnergy, “advancing the economy here, ensuring our goods get to market". Ken Cheveldayoff is put as Minister of Central Services and minister responsible for the public service commission and the provincial capital commission. Jeremy Harrison is put as Minister of Export and Trade Development (to replace the Ministry of Economy) and Minister of Immigration and Careers Training, and Gordon Wyant is put as Deputy Premier and Minister of Education, signifying the new government’s commitment to the students and the education sector in Saskatchewan.

NDP youth critic Vicki Mowat said there are about 4,500 more students in Saskatchewan classrooms this year and 188 fewer teachers and support workers to educate them[iii]. This will not happen unless Moe breaks his promise to hire 400 more educational assistants and restore $22 million in budget cuts to education. As to funding for non-religious students to go to separate schools, the Notwithstanding clause (s.33) may be challenged. The author believes government funding of those students should be supported though it cannot be misused. The condition can be merging of schools or convergence of students.

2.      Concerns
Moe has to figure out how to keep fiscal conservatives happy, while also winning the trust of many voters who were dismayed by last year’s austerity budget. Joe Garcea, a professor of political studies at the University of Saskatchewan, said Moe will have to honour his promise to hire 400 positions in the education sector. But other steps, Garcea said, will need to be less costly. A new budget is due soon, and it will be a test for Moe. Finance Minister Harpauer said there was flexibility built into the budget to allow the new premier to implement certain promises and that she was “absolutely ” looking forward to delivering it, but she added, an additional $120 million needed to be found to address the reinstatement of PST[iv]. On the other side, NDP declares that the PST rollback is not enough. The PST on property, vehicles, restaurant meals, children’s clothing and construction still remains.

Another challenge Moe faces is bridging the rural-urban divide that is growing in the Saskatchewan Party. With his background, farming and exports will be more emphasized, and the interests of farmers will be viewed at a new perspective. However, transportation, waste management and infrastructure investment within the cities and the integration of cities and towns should also be reevaluated.

The third issue is the increase in utility rates and property taxes. In 2017 Saskatoon's residential property tax rate reached a level of 1.60%, and the one for Regina reached a level of 1.23%, even more than that in Burnaby of BC[v]. The City of Regina is proposing a 4.86% increase in 2018 after raising the mill rate consecutively for several years, and the Saskatoon city council has already approved a 4.7 per cent tax increase. For a business in Regina with the assessed value of $350,000, the impact will be $153.35, and this proposed change is strongly opposed by Regina Chamber of Commerce. To complicate this, the water bill per average household in Regina is $100 more than Calgary and $600 more than Saskatoon per year. The power rate in Calgary is 6 cents/kWh while the one in Regina is 14 cents/kWh[vi]. Although the local governments need to recover their investment cost through taxes, increasing mill rates and utility rates consecutively may not be a good idea. First, these rates are the rates of basic services, and they can have a great effect on small businesses and new immigrants. Secondly, just increasing the rate may promote the government to rely on homeowners for paying for their expenditures. A good solution is to get more service providers and make a fair competing ground. Local governments may also look for other ways such as issuing a municipal project bond, charging a user fee or absorbing the cost by being more efficient. Also, home renters are not charged, and there are regulations ruling on rent increases. Is it fair for all the utility users? If not, what should be done about it? Thirdly, affordable house prices and consumption prices used to attract many skilled workers and professionals from other provinces. The government needs to keep that advantage to both retain talents and have a competitive advantage for small businesses to do business. Fourthly, the municipal government may naturally gain more support from small business owners and home owners.

The fourth issue is about equality and social justice. In August 2016, Boushie and four others from the Red Pheasant Cree Nation drove onto Stanley's rural property in Biggar, Sask. He was shot in the head after an altercation between Stanley, his son and his wife. After a jury on Friday found Gerald Stanley, 56, not guilty of second-degree murder in the death of Colten Boushie, Premier Scott Moe said the province had "difficult discussions" ahead on racism, rural crime, and the justice system[vii]. "We respect the decisions of the justice system and it's independence," he said. "But as we move forward it's incumbent on us as a government to have those very important, very challenging discussions with our Aboriginal community in the province, and all of our communities in the province." The following questions need to be asked: even if Boushie and his friends intended to steal a truck, had Stanley taken measures to stop them? If not, was Stanley’s life threatened? If not, was it necessary to kill Bushie instead of hurting him? How should justice be ensured when a panel was used in the court? Our society is becoming more and more multi-cultural and multi-lingual, and how different cultures and religions can co-exist and support each other should be re-examined. Saskatchewan cannot repeat the story of boarding schools nor the one against Asian immigrants while using them to build railways. Saskatchewan needs to have an environment where each one is treated equally, with neither discrimination nor prejudice. Yet no group should be put higher above the other, and reward should be made based on performance, merit and skills.

3.      Moving Forward
The proposal of setting up a ministry of international trade is a good one, but there are the issues of how to coordinate the new ministry with the present Ministry of Economy, STEP and other institutions as well as the overall supervision and facilitation. In order to have a fair play, rules and regulations are important. A system needs to be established to reward the hard-working and punish the lazy, to discover the gold from the sand and to address an issue from the very beginning. Furthermore, a government should be able to learn from its mistakes and get up from where it slips. Saskatchewan relies heavily on immigrants, yet the government has not taken time and efforts to address their issues such as credential evaluation for skilled workers, matching their skills to vacant positions, assisting small businesses with subsidies and tax reduction. Also, transportation is vital to the economy, and GTH or some similar organization can play a crucial role to link all different cities and towns if the work is not only on paper. Foreign investment is necessary though investors should follow the local guidelines. As oil and gas is not as heated as before, the demand may not be steady, and the railways built before by CP and CN for transportation may need to be re-examined. Someone may question the reasons for keeping GTH, yet GTH is something which can be used to expand this province’s exports, perhaps in a new hub system linked with CP and CN, both to reduce freight cost and utilize the present capacity, especially for farm and dairy products as well as potash.

A good policy can compare to a computer chip. The quality of a computer relies pretty much on the processing chip. When it comes to balancing the budget, people normally thinks of either increasing revenues or decreasing expenditures. While it is hard to decrease expenditures, it is feasible to increase revenues in ways of raising the sin taxes (e.g. consumption taxes on tobacco and alcohol) and tapping into some sunrise industries like sustainable power (solar power, wind power and geothermal power for cars and houses) generation, automation in agriculture and using high technology for oil and gas exploration (like the shell cracking in the US). The author believes, with good leadership and the unique blessings given to Saskatchewan, this province may again lead the national economy as a locomotive. Let's have more positive Moe's and less woes.