How can Saskatchewan get out of the tunnel? （萨省将如何走出低谷？） 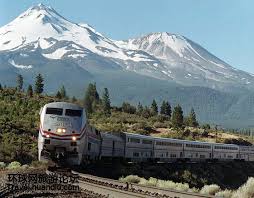 For a steady period Saskatchewan is known as the economic engine of Canada. At such a time with falling prices of oil and gas and potash, the rising US dollar, the cost push inflation, and the United States beginning exporting oil, Saskatchewan can no longer board on the passenger ship of yesterday.


While the national housing price will go up by 8% this year, this province will experience a drop of 2.4%, though BC and ON will contribute much to it. However, Saskatchewan can be proud of its exports as mining and agricultural products have experienced a sharp increase in the past year with latter increasing by 33%, making Saskatchewan the second largest exporter in the country.


Saskatchewan's unemployment rate in December 2015 was 5.5%, the country’s lowest for 26 of the past 27 months, and Regina is still one of the easiest cities to find work, according to data shown in January 2016. As of January 2016, unemployment rate is found to be the lowest in Canada at 6.1%, and population growth the second highest of all the provinces from 2011 to 2015 at 6.3% (Statistics Canada).


Nerveless, in February 2016, while Canada experienced the unemployment rate of 7.3% (lowest in 3 years), a net increase of 0.1 percentage point monthly, Saskatchewan experienced the unemployment rate of 5.9%, a net increase of 0.3 percentage point, and the employment rate change has been the only negative in the western provinces (with BC and MB each gaining 0.3 and 0.2 percentage point). This means that Saskatchewan’s status as a province enjoying a high employment rate is getting challenged. Though Alberta is also hit by the oil and gas slump, its employment rate remains unchanged in February. Therefore our focus should be how to increase employment so as to create a beneficial business cycle through incentives to small and medium businesses. Saskatchewan’s investment in such infrastructure projects as highways, city ring roads, sewage treatment plants and schools and stadiums have not only increased employment, but also laid a good foundation for the growth of private enterprises. However, the government should monitor its deficit carefully so that the future generation will not be paying for the debt of this generation.


Wall advocated federal spending from the stimulus package of $ 156 million for subsidies to the oil industry. It was pointed out that if the government long ago put a surcharge on new wells or support the training of laid-off workers, build roads and hospitals using the money proposed for the clean-up, taxpayers may come up better off. While the oil companies may still take up their own responsibility, the federal and provincial governments should seek a positive role to support the economy.


Ottawa intends to introduce a "carbon tax" this year, with the price of $15 per ton. Saskatchewan's per capita carbon emissions are 68 tons, while Canada’s emissions per capita are 19 tons, far less than the former. It is estimated that a federal "carbon tax" will result in a drop in agricultural and mining revenues as well as an increase in the price of oil, gas, electricity, and food. The practice of British Columbia is a provincial "carbon tax" partially to cut consumption taxes and income taxes, and partially to invest in cleaner energy technologies and equipment. This is because that the carbon tax is revenue neutral, meaning every dollar generated by the tax is returned to residents in BC through reductions in other taxes, and the Minister of Finance is required by law to annually prepare a three-year plan for recycling carbon tax revenues through tax reductions. The writer believe that the practice of BC and the US approach can be combined, with introduction of carbon emission upper limits or cap, exceeding which companies need to be purchase from the others who have a surplus quota, so as to both enhance the flexibility of carbon emissions, and to encourage cleaner energies, and to put more money in the tax payers’ hands. Since the early 1980s, this cap-and-trade system has reduced acid rain-forming emissions in the US by nearly half.


Meanwhile, the government's immigration policy cannot be a stop-gap measure, which does not solve the problems ultimately. It should be part of a whole structure together with the government's economic policy and energy policy. Coordination of the refugees, temporary workers, skilled workers and enterprise immigrants on the national scale and between the categories is more and more in demand. The writer suggests a raise in the proportion of the economic class immigrants (especially enterprise immigrants and skilled workers) with the aid of the federal government, and an encouragement of private sponsorship of refugees.


In January 2015, the provincial government announced a plan to overhaul affordable housing programs. The tenants there will have to either seek social housing or pay a much higher rent, which would impact the working poor most. While the opposition party argues that privatization of MRI has given access to rich people to hospital treatment, the ruling party says there is a condition to provide another service to the community. The writer suggests issuing an examination card to low income people so that they can have the same access at the same time, and the standard and the price of the service should still be kept by the government.


Conclusion: In the economic globalization today, Saskatchewan cannot be spared, so designing far-sighted strategies and getting prepared for rain in times of shine is the only correct choice. If we can implement multi-faceted foreign trade strategy, strengthen the strategic resource planning and reserves, support the working people, search and utilize new talents through a proper immigration policy and multiculturalism (by cultivating the information and culture industry), upgrade the transportation and the circulation system, flexibly use the Pacific Rim and the North American free trade framework, cutback on red tape and increase in efficiency of government services and accountability, Saskatchewan will not only step out of the tunnel, re-see the dawn, but also experience a new take-off as a phoenix reborn.