Which Party to Support in SK for the Next 4 Years 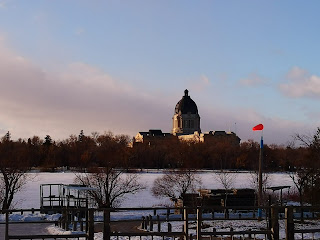 26 Oct 2020 will be another landmark for the history in Saskatchewan as that is the day to decide on the next government. This article will introduce the polls, review the two big parties’ performance, compare their platforms and conclude with some policy suggestions.

Actually there are some other polls with all the results as shown below:

Although Saskatchewan Party leads in almost all the polls, NDP says they are to be relied on. Therefore, the past performance of the two parties needs to be examined, and it may be quite interesting to do a comparison[ii].

Under the NDP’s last stint in government, divisions closed 176 schools. Health regions closed 52 rural hospitals. Enrolment was down due to rural depopulation, and 32 more schools have closed under the Sask. Party even as it builds urban schools. However, Ryan Meili cast the 2020 election as a choice between NDP investment and Saskatchewan Party cuts (referring to the cut in schools, health care and Crowns in 2017), promising smaller classes and more jobs with the NDP government. Meili stood by comments supporting a mandatory mask policy at the polls, one day after he appeared to disagree with Elections Saskatchewan's decision to merely recommend masks without requiring them for voters[iii].

It’s a tricky business counting how many surpluses and deficits each party has run, since accounting rules have changed at least twice. But under the current system, the NDP is 11 surpluses for 16 while the Sask. Party is four surpluses for 12. The difference between public debt at the beginning of the term and the one in the most recent year for NDP is a $10.4 billion decrease, and the difference for Saskatchewan Party is a $9.22 billion increase.

However, until the pandemic, the Sask. Party’s job record was almost twice as strong, 6500 in an average year. There were just 6,381 more Saskatchewan people after 16 years of NDP government. The Sask. Party racked up far more jobs much more quickly as the population exploded by 171,358 people. The numbers of immigrants vary from 1800 to 2100 from the year 2000 to 2007. However, these numbers vary from 4200 to about 15000 under Saskatchewan Party’s rule, which is much higher[iv].

As each party has something to boast of, how should we make a choice? We know an area becomes rich and thriving not because of a rich government but a rich community. Well, a rich community depends on a sustainable economy with a large energetic population. The population figure is not to be relied on as you cannot tell if the province is attracting more people in than pulling people out. Therefore, we can take a look at the net migration data:

It can be seen that the Saskatchewan Party is doing a better job in attracting and retaining migrants though it still needs to learn from Alberta and other provinces of the country.

Both parties have made some proposals while the Saskatchewan Party focuses more on the economy and finance issues while the NDP focuses on the health and COVID-19 issues:

Some of the notable suggestions by NDP are: improvement of mental health policies, mandatory requirement of mask wearing for public gathering places, encouragement of hiring local workers and contractors, increasing use of green power and strengthening the conflict of interest rules. The Green Party’s suggestion on full benefits is also attractive, but a feasibility study needs to be conducted. For the Saskatchewan Party, the tax reduction for small businesses should be applauded, and emphasis on a healthy sustainable community is nothing but wise.

A good government should be one well-informed, based on scientific and democratic decision making, accountable and sustainable. No matter which party wins the election, the majority party should still listen to the minority parties and take precautions in big capital decisions. The author believes in a mechanism to get the businesses running efficiently and effectively without too much government intervention except for necessary. Feeding one fish is not as good as teaching one to fish.

[ii] Please note that most of the data in the comparison comes from: Arthur White-Crummey: Battle of the records: Which party is better on growth, jobs, cuts and debt? 23 Oct 2020, please take time to view the whole interesting article by clicking the following link: https://leaderpost.com/news/politics/sask-election/battle-of-the-records-which-party-is-better-on-growth-jobs-and-debt.