Abstract: A mayor is the top official at the local level of a city. He should possess expertise in management, leadership skills, wisdom and a far-sighted vision, preferably with advanced education. During the pandemic, safety and health are some of the top issues, while a sustainably growing economy will be the locomotive to keep a city vibrant and dynamic. A healthy budget is needed to both to help the future and to get all the businesses, community associations and people involved. 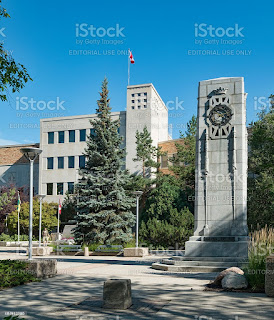 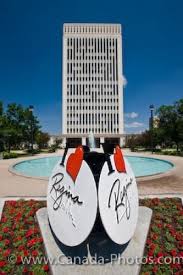 Saskatchewan’s two largest cities will have one of the most heated mayoral elections on November 9, 2020. Although the two cities are different one way or another, they have similar issues. However, the focus of discussion is more on the economy and development in Saskatoon while education and health are seldom mentioned. In Regina, the economy is less talked about, and more focus is on social issues.

A mayor is the highest official at the local level of a city. What should be expected of a mayor? Well, he should possess expertise in management, leadership skills (so as to be able to manage his staff and coordinate the relationships), rich experience, good education and wisdom (so as to make fewer mistakes) and a far-sighted vision ( so as to save on money, labor and time as well to enjoy long-term benefits). Therefore, those candidates with experience in management and in leadership should be preferred. Also, during the pandemic, a candidate careless of the safety of the public should not be considered as health and safety is the most important issue for the present being. Yes, individual freedom is to be treasured, but only to be under the condition that safety of the majority is cared for. There is no absolute freedom in the world. Well, if you want the freedom of not wearing a mask, what about the freedom of not taking any risk of catching COVID-19 for some other people? Therefore, those advocating a free choice of mask-wearing are unwise and sometimes selfish and dangerous. Mask wearing should be encouraged and sometimes has to be mandated when necessary as put by Jim Elliot.

In Saskatoon, almost all the candidates have university education and some of them even one at the postgraduate level. For experience, Atchison, Norris and Clark have both management and leadership skills and relevant experience.

As to education, the situation of many candidates is not clear. What the author knows is that Fougere, Masters and Elliott all have very high education, and the former two are sure to have leadership and management skills.

The author has compiled a table so that you can view clearly what each is advocating. The table is shown as follows:

The author has compiled a similar table so that you can view clearly what each is advocating. The table is shown as follows:

The Saskatoon Mayoral candidates Zubair Sheikh, Mark Zielke and Cary Tarasoff all said they believed the Lighthouse-supported living shelter should be moved or at least decentralized[i]. The New Central Library has become a major issue during the campaign. Norris is campaigning against what he calls a “gold plated” new library, and Tarasoff has also criticized the plan. Atchison says the new library may be too far advanced to stop, but is promising to reign in city spending, with no tax increase next year. Sheikh is also campaigning against what he considers high spending by city council[ii], saying “nobody’s in favor of it” - a point Atchison agreed with[iii]. Also, 3 of 6 of mayoral candidates say Saskatoon needs a downtown arena, but none say it's a priority right now[iv] The author thinks a fancy new library is not what is needed during the pandemic, and computer system upgrade and more online books may be encouraged. Things like arenas may be considered with caution and introduction of experts and economists.

In Regina, during the mayoral candidate debate on 2 November 2020, the consensus was that members of the Regina Police Service (RPS) are expected to do too much with too little. However, a contentious issue in the city has been what belongs in Wascana Park and what development - if any at all - should look like[v].

What is most at dispute is the source of money and whether to invest the money in some projects. The author thinks that we need to think outside the box. Yes, property taxes are also increased yearly in the US. However, they have other sources of income. For example, in Texas, one can only have one property as the main property which enjoys both the low property tax and the capital gain tax rate. If the main property is leased or sold in 3 years out of 5, a double property tax rate and capital gain tax rate will be levied. Community association directors (publicly elected) are supposed to report on those who cheat on the main property status. Also, a lot of things like road repairs, garbage removal, bike lanes, etc are delegated to community associations, which have a much clearer responsibility to take care of those things. When it comes to investment in projects, big or small, in the pandemic or not, the author suggests to review the following things before a final decision is made: 1) whether the project is beneficial to the general public or just a bunch of few people; 2) whether it has long lasting positive economic and social effects; 3) whether it can bring jobs and employment to the industry related as well as other relevant industries; 4) whether the city has the ability to obtain the financial resources to fund such a project either externally or internally; 5) whether the City can ensure a prudent and sound financial management. Therefore, although many projects like a stadium downtown, an arena, a rail yard, a hockey rink or an aquatic centre, it is important to ask these questions. If the answer is yes, we can go ahead. Otherwise, see if we can renovate the place or do some expansion. As to development in Wascana Park, the author is in full agreement with Mr. Woodridge and Ms. Masters, who are mayoral candidates in Regina. As to the bus system, we can borrow the bus system of Macao and the one of some US cities. That is, to invite bids from the general public to run the bus company to operate under the government guidelines (such as price-setting). The government can enjoy both a good bus system and a small budget.

As far as governance is concerned, in the US, the government budget at all levels (including on the sub-district level) and the salaries of all government officials including judges are disclosed for public review at any time. The author does not recommend a freeze or reduction on the staff salaries, but advises to borrow the experience in the US, and set the salaries according to the level of risk-taking, decision-making and responsibility. There needs to be more transparency and accountability regarding some officials’ pay and travel expense remuneration. According to a CBC article, Regina’s per capita debt is more than $3,000 while the city manager’s pay is over $700,000[vi].

The indigenous issue is a controversial one. Actually, Regina is more-open-minded that Saskatoon in this respect as there was a heated discussion on it in the mayoral candidate debate, which was the most interesting part to watch in the debate. However, not much is talked about on this topic by the candidates in Saskatoon. Several things need to be considered, among others: 1) the indigenous people are venerable people because of their culture uniqueness and lack of adaptability to the modern world in the same way that immigrants need to be cared for as they have a hard time to adapt in terms of their culture and language. 2) Focus needs to be placed on training, jobs and employment so that they may not rely on benefits and they can also participate in every aspect of the Canadian society as a host other than as guest. 3) The history needs to be respected as you cannot erase the history, whether good or bad. Also, we need to look at the indigenous issues with a new perspective as the time is different, and we should not still be entangled in the past.

A mayor with management and leadership skills, a far-sighted vision and an understanding of not only the business world but also the social issues, as well as an attitude to learn new things and make decisions based on science and feasibility studies should be chosen. Whoever wins, the winner should listen to the other candidates and take their advice as long as it is reasonable, feasible and beneficial to the general public.