1. Situation of the Virus Spread

The author has done a comprehensive comparison of the data as of 26 Nov 2020, and has reached the conclusion that Saskatchewan has come to a critical moment when strict government interventions have to be made. The doctors, nurses, patients and the general public should not be let down with a timid, underwhelming and disappointing plan. The percentage of the number of active cases in total cases is the second highest in the country, and the percentage of active cases in the population is the third highest. When compared with Manitoba, Saskatchewan has a much higher percentage change of actives cases and of hospitalized people over the last month, yet the patient recovery is half slower. 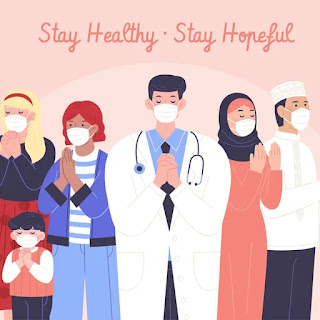 With the number of cases exploding, Saskatchewan has a limited capacity to accommodate the situation, with a high hospitalization rate and an inadequate number of ICU beds. The SHA said on November 26 that province-wide ICU capacity was at nearly 100 per cent (note that with other health services being offered, the average daily ICU capacity in Saskatchewan sits at a little more than 97 per cent) and in Saskatoon, there are only three available ICU beds. Chief Medical Officer Dr. Susan Shaw said the situation in hospitals was something she’d never seen before. The data shown from the comparison between 26 Nov 2020 and 8 Dec 2020 give us an even bleaker picture as SK is turning worse and MB is turning better with MB’s faster speed of recoveries over hospitalized, with the death toll in the last 17 days accounting for half of the total and Dec. 8, marking the largest single-day increase in the number of coronavirus-related deaths in Saskatchewan to date[ii]. Surging our ICU capacity by 449 per cent means adding more ICU beds than there are in all four of Canada’s Atlantic provinces combined. Tracing contact is difficult, as 450 cases per day would create 72,000 hours of work for contact tracers over a two-week span, or an average of more than 5,000 hours per day[iii]. Doctors and nurses are stretched thin. Other patients like heart attack patients could be pushed to the back of the line. However, the province will utilize field hospitals as a last resort should current hospitals become too crowded.

2. The Provincial Government’s New Policy to Cope with COVID-19

On 25 Nov 2020, Saskatchewan Premier Scott Moe and Chief Medical Health Officer Dr. Saqib Shahab announced new restrictions. They include cancelling sports competition and further limiting gathering sizes for sports practices, restaurant meals, weddings and other activities. All restaurants and licensed establishments (bars, taverns, and nightclubs) are limited to seat four at a single table set at 2 meters apart from another with barriers or 3 meters without. Restaurants and licensed establishments must maintain guest/reservation information on all patrons. Indoor public banquets, conferences, church services, wedding and funeral receptions in public venues will be limited to 30 people. Food or beverages may not be present or served. Night clubs, worship services, bingo halls, casinos and other locations will be allowed to continue operating, but under reduced capacity (to a maximum of 30 people). The maximum allowable gathering size for private gatherings in the home setting remains at five, except for essential service providers. Training groups should be below 8 people except for coaches and trainers. Masking continues to be required in indoor public areas that have installed barriers. Large retail locations are required to limit customer access to 50 per cent capacity or four square meters of space per person, whichever is less[iv].

1) Worry of Some Doctors

University of Saskatchewan epidemiologist Nazeem Muhajarine said the numbers are astounding, and it's unbelievable the government is still allowing people to eat and drink alcohol unmasked together for hours at a time in restaurants, pubs, bars, night clubs and other venues. He and others have advocated a short-term shut-down of these "high-risk" venues with better supports for affected businesses and workers. Actually doctors showed their concern in an open letter to the premier in early November. Dr. Dennis Kendel said he was surprised casinos, bingo halls and other non-essential services were not ordered to close temporarily, and he added that there should be specific, public declarations about how many cases or hospitalizations would trigger further restrictions. Kendel and others also want more enforcement of the rules with fines or other measures, rather than expecting business owners and employees to deal with violators. According to Saskatoon pediatrician Dr. Ayisha Kurji, who signed two open letters to the Premier in early November along with other 400 other doctors urging swift and decisive action, the new measures are unlikely to control the spread of the virus and worry hospitals — especially intensive care units — could soon be overwhelmed. We'll see what's happening in Manitoba, where the health-care system can't cope. Kurji would also like to see increased contact tracing efforts, as good decisions can only be made with good data. Regina cardiologist Dr. Andrea Lavoie believes the curve can be flattened with a strict but unified approach from government, businesses, community groups and the public[v].

What consequences will be there if the government doesn’t follow the doctors’ advice? Well, things will be similar to the US and Quebec with more critical illness and more deaths. When we go beyond that point, it will then be too late to adjust. If we continue to dither and ignore the evidence, a bleak picture will become one of catastrophe. The government may not want to sacrifice jobs and economic development, but we need to be aware of the priority. Actually, according to Goldman Sachs, China is the only big country with a positive economic growth this year, and all its retail business has already resumed[vi]. Do we want exchange a little short-term gain for a massive long-term pain?

Besides the measures already put forward like more tracing, more hospital room and temporary shutdown of non-essential businesses or a temporary lockdown, some of the following measures could be taken:

l  Penalty or fines as in MB and QB at an amount for more than $1000 to businesses and $500 to individuals ($100 to kids, except for those handicapped people) for not wearing masks at indoor public venues

l  Rewards to those essential service providers in terms of PPE provision, vaccination and priority in receiving subsidies

l  Screening and checking temperature and breathing at public venues like airports, train stations, bus stations and border checkup points and as well as checking and monitoring of blood and nucleic acid at hospitals for everyone

l  Requirement of a healthy code on the mobile phone app for access into a bus or government organizations as in Chengdu of China and an alarming system over the phone to send information about the traces of those affected with COVID-19 especially regarding bus routes, restaurant and other public venues visits

4. Issues to Ponder and Comments

Without a vaccine or a wonder drug, there is only containment. Successful containment is built on five pillars: a) knowing what works; b) policies to implement what works; c) consistent and committed execution of the policies; d) clear rules for what people can and cannot do; and e) widespread public adherence to and enforcement of the rules. That is what China is doing.

Governments are responsible for pandemic control. It's unfair to expect governments to get everything right with absolute precision, every restriction perfectly targeted, every risk perfectly quantified. But it's fair to alert the government when they ignore very good evidence and put people in harm's way. Doing nothing is guaranteed to spread it rapidly throughout the population.

In Victoria of Australia, which has a population 5 times that of SK, it went from 150 cases in July to 0 in November with mandatory masking both outdoors and indoors, limitations on social interactions, an 8 pm curfew and heavy penalty for violations in place[vii].

The US and many countries in Europe are reporting record numbers of new coronavirus cases. But countries like Australia, Taiwan, and China successfully controlled their outbreaks. In South Korea and Melbourne, Australia, residents who don't wear a mask in public and businesses that do not enforce mask-wearing can be fined. Also, testing and tracing is one of the most effective tools in containing spread because the contacts are cut off from the other people. China, for example, tested 2.8 million people in one day after a single case was reported in Kashgar. That led authorities to catch and contain an additional 137 cases. For this tool to be effective, anyone with exposure — the suspected cases — must isolate. The same goes for people coming into the country from abroad. In South Korea, health authorities will have those tested positive or undetermined download self-quarantining apps that monitor their condition and set off an alarm on a user's phone reminding them not to venture out of a designated quarantine area, and foreign travelers will be transported straight from the airport to a government quarantine facility. Some of the successful strategies are: universal masking, robust testing, segregation and contact tracing, and a consistent federal plan that's clearly communicated[viii].

According to some experts, the US's first step should have been to get its surge under control; then cases could get back to a level where testing and tracing are once again effective. Action must be taken before it is too late as then you will have to cry over spilled milk. Saskatchewan is facing an imminent fire, and we need a quick and decisive action of the firefighters.

[vii] Steven Lewis: Sask. has ignored good evidence for slowing the spread of COVID-19, which could be catastrophic, CBC SK Opinion, 1 Dec 2020, https://www.cbc.ca/news/canada/saskatchewan/analysis-steven-lewis-pandemic-evidence-covid-1.5821978.