To Open or Not to Open? That Is Not the Question 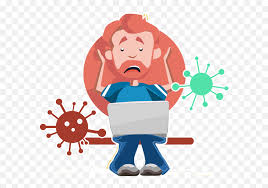 Eateries in the Queen City are looking forward to welcoming customers back for in-person dining after a seven-week closure. Restaurants, cafes and pubs in Regina had to shut down their dining rooms at the end of March as the city saw a spike in cases fuelled by COVID-19 variants. While restaurants were closed to in-person dining, take-out and pick-up services were still allowed. However, more than half of the staff members were laid off. While the Copper Kettle weathered the storm of the first closure, the second shut down was harder. Capacity in reopened restaurants is limited to four people per table until May 30, when the province moves to Step One of its reopening. Masks are mandatory when patrons aren’t at their table and alcohol sales have to stop by 10 p.m. There must be two metres between tables with barriers (if indoors) and three without[i]. Dance floors and karaoke are not currently permitted[ii]. The consumption of alcohol in all bars and public eating establishments is prohibited between the hours of 11:00 pm and 9:30 am for all persons, including patrons, staff, and owners[iii].

“Saskatchewan’s reopening roadmap is a three-step plan to gradually lift the current public health orders as Saskatchewan reaches significant vaccination levels.” The first step of the province’s Re-Opening Roadmap occurs three weeks after 70 per cent of those 40 and older have received first doses and vaccine eligibility has been opened to all adults, 18 and older.

Bars and restaurants would then be reopened, and up to 30 people will be permitted to attend indoor public gatherings. As further vaccination and timing targets are reached, more public health measures will be eased. Premier Scott Moe uses the United Kingdom’s stepped approach as his model, pointing out that Britain started step one of its reopening on March 8, when 43 per cent of adults had their first doses of vaccine; he announced his plan on the day Saskatchewan reached 44 per cent[iv].

Dr. Theresa Tam, Canada’s chief public health officer, has cautioned against relying on only one metric, such as vaccinations. At the end of April, she announced a reopening indicator of her own: the 75-20 metric. Public Health Agency of Canada modeling showed that restrictions could be safely lifted after 75 per cent of adults have received their first doses and 20 per cent have received their second doses of vaccines, but only as long as adequate tests, trace and isolate capacity and individual precautions are maintained[v]

As for the United Kingdom, whose example Saskatchewan is following, the government has a more detailed cautious plan which requires all of the following even if the residents there don’t have a third wave:

l  Much more metrics like hospital capacity, test positivity rates and case counts, in addition to the rate of vaccination

l  5 weeks in between the stages

l  4 tests to pass each stage, measuring not only vaccination levels and the effect vaccines were having on hospitalization and death rates, but also infection rates and the spread of new variants

While Britain had roughly 43 per cent of first doses in arms of eligible adults when it started, its per capita rate of new cases was 87.8 per million population. In contrast, Canada, which has first doses into arms of half of its adult population currently, has a daily case rate of 185.5 per million population (note that the rate of SK is 150.99 on May 17 based the case count of 178 and the population of 1,178,832[vi]). After that first step on March 8, there was a wait until April 12 before retailers and hair salons and outdoor pub dining were allowed to reopen. Even then, many restrictions remained[vii].

There are other countries to learn form. Italy was one of the first countries to experience a large outbreak outside of China, said Dr Tedros of WHO. It "took hard decisions based on the evidence and persisted with them". Unity and solidarity, along with the dedication of health workers, helped bring the outbreak under control, he explained.

Australia is another example to follow. Unlike other nations, including Canada, which have aimed to maintain new infections at a level that won't overwhelm the medical system, Australia set out to virtually eliminate the virus from its shores. When Australia was hit with a surge of COVID-19 cases in late July just weeks after declaring victory against the first wave, it prompted one of the world's longest lockdowns in Melbourne, for example, closing virtually everything that wasn't a grocery store or hospital for nearly four months. In many cities, roadblocks were established to ensure people stayed home. Even when restrictions were eased there was a nightly curfew, and in the initial lockdown people weren't allowed to be more than five kilometres away from home in certain regions. Break a rule, and you could face a fine of $1,300. They stress those rules are about safety and jobs for the benefit of the people. South Australia's Premier Steven Marshall put it bluntly in a public briefing on Nov. 17: "There is no second chance to stop a second wave." The nation's recorded cases peaked at 739 on Aug. 5, but since then the count has dwindled steadily and most Australian cities have gone weeks without a single new case. In the city of Adelaide, which was declared COVID-free in September, for example, a single cough at a hospital this month ended up triggering an immediate six-day "circuit-breaker" lockdown. 30 people were put as contacts, and thousands were urged to have a test[viii].

According to Professor Cory Neudorf at University of Saskatchewan, the reopening plan of Saskatchewan seems too simple, with no considerations for other factors. Neudorf would like provinces, including Saskatchewan, to adopt more nuanced, paced reopening plans like those of Britain. The virus keeps delivering surprises, he notes, “so it’s good to make sure we keep a certain amount of humility in our predictions. It’s getting that balance right of how much can you say to give people hope without running into huge margins of error.”[ix] The author agrees with Professor Neudorf, and thinks the provincial government needs to have more precautions and a slow balanced approach which is fact-based and objective, not opinion or budget based.

Even the Pfizer CEO cannot be sure that the vaccines will still be valid after 6 months, let alone the virus keeps delivering new variants one after another. Michael Mina, assistant professor of epidemiology, explained why eight members of the Yankees recently tested positive for COVID-19 even though they’d been vaccinated. He said the vaccines are very good at protecting people from illness but may still allow the coronavirus to grow. Marc Lipsitch, professor of epidemiology and director of the Center for Communicable Disease Dynamics, says herd immunity is an illusion. “Based on the best calculations I know how to do, it will be impossible or very difficult to reach [herd immunity] in many parts of the United States,” he said. People with weakened immune systems, who tend to produce fewer antibodies in response to vaccines, may still be at risk for serious complications from COVID-19 even after being vaccinated, say experts like Eric Rubin[x].

In order to do so, the government needs to:

l  Be prepared for the new variants and the 4th wave

l  Call on the people to remain cautious

Though Saskatchewan has reached a certain level of vaccination, it does not mean that the COVID is contained with variants coming and many other factors. The government needs to take a more cautious and balanced approach based on more metrics and what proves successful in Australia and Italy. The question is not whether we want to reopen but whether the situation allows us to do so.

[ii] Please see Part 1 of Restaurants and Licensed Establishments Guidelines, posted by Government of Saskatchewan, as accessed on 18 May 2021,  Restaurants and Licensed Establishments Guidelines, please also take time to read the guidelines by clicking the link: https://www.saskatchewan.ca/government/health-care-administration-and-provider-resources/treatment-procedures-and-guidelines/emerging-public-health-issues/2019-novel-coronavirus/re-open-saskatchewan-plan/guidelines/restaurants-and-licensed-establishments-guidelines?utm_medium=email&_hsmi=88749746&_hsenc=p2ANqtz-9TUGpGLoE0xVClB35_HAM6SNZkdYQshGPDrxxc4A4RFlKuzA3-pRI_dbYOxRr1oLuw5NhlyhZH8NF8yY6gl9GyQt0l4TGi_JYcwpc9zH8Ag0bKXNI&utm_content=88749746&utm_source=hs_email.

[x] Harvard T. H. Chan School of Public Health: The Latest on the Coronavirus, please check the page, https://www.hsph.harvard.edu/news/hsph-in-the-news/the-latest-on-the-coronavirus/, as accessed on 26 May 2021.